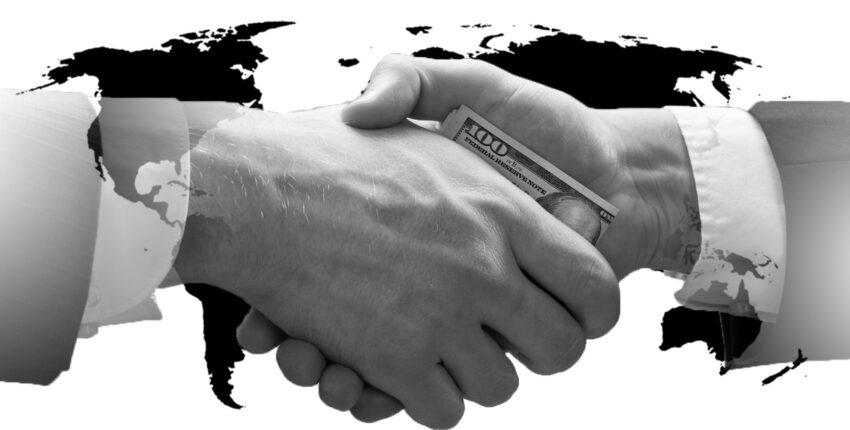 Believe it or not, the scholarly studies still haven´t come to an unanimous decision about the impact of corruption on the economy. Even though it is a known fact that corruption has a cost for the society, the price to the economic development is still being debated. According to the Secretary-General of the United Nations, the global cost of corruption is at least $2.6 trillion or 5 per cent of the global gross domestic product (GDP). Additionally, European Commission has estimated that corruption alone costs the EU economy €120 billion per year – which is a little less than the annual budget of the European Union.

Knowing all this, I would further argue that the true cost of corruption to the economy cannot be only measured in terms of money. If we would really like to understand the true cost of corruption, we should not only consider the GDP but sustainability, well-being and equal opportunities. According to recent studies, the price of corruption is more like a hidden cost, which only comes visible over time (see e.g. Aidt 2009). It is a cost that targets usually the poorest of the society creating a greater polarization between the rich and the poor.

Said that, let me give you some simple examples of the reason why. First of all, corruption – or the abuse of entrusted power for private gain – is a crime in many countries and therefore it has to take place in secrecy. So, yet the very nature of corruption creates distortions in the economy. For example, if collection of bribes is easier on particular goods, government officials might use their power to promote these “easy-to-corrupt” goods and ban others. This could mean banning commodities with higher quality or lower price (or both) for the sake of the private gain of the government officials. This logic can also be applied on bigger scale, as it has been proved that taking bribes is easier in some sectors compared to others. For instance, the complexity of public procurements and outsized profits associated with the extraction of natural resources are more fertile soil for corruptive activities than education and health (see Mauro et al. 2019). For this reason, government spending on education and health care is usually much lower in countries where corruption thrives.

In this sense, corruption is like a tax paid by the poor and collected by the rich and powerful. But in contrast to a functional tax, it is never refunded in any way: it is not reinvested in education or health care nor is it used on effective and sustainable infrastructure. That is to say, it is not put there where it could really improve the living standards and well-being of the people, and consequently the economic development. On the contrary, this “tax money” is funneled to the pockets of those in power cementing wealth to the rich and plunging the poor in a more dire situation, noting that this development is not only a problem in the third world. It is a problem in every society and economy in the world. The cumulative cost of corruption on top of the GDP figures is what I call the true cost of corruption to our economy.