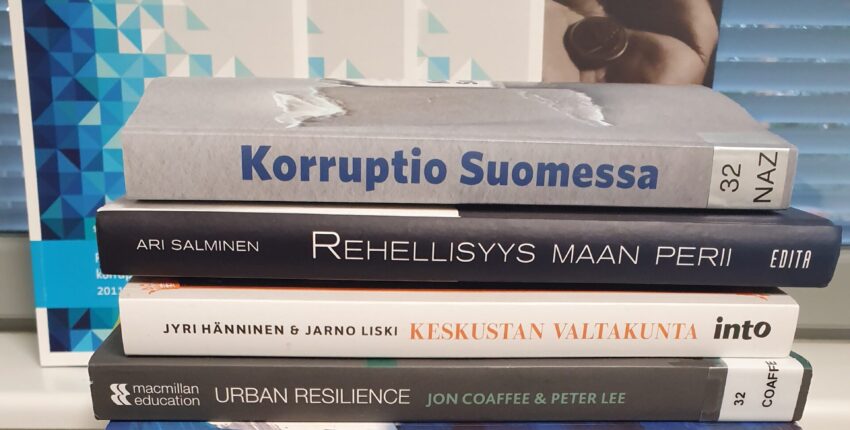 Corruption is a phenomenon of many faces and its understanding requires different approaches and perspectives. A research project led by the Police University College in Tampere, Finland, attempted to identify indicators for corruption in the Finnish context, where petty corruption is extremely rare, but corrupt networks are known to influence different sectors of the economy. International evaluations show that Finland is not free from corruption. The extent of such corruption that is difficult to detect and investigate is, however, extremely difficult to measure. The project’s reports have just been published in Finnish on the Finnish Government website.

Fight against corruption in a society like Finland necessitates a whole-of-society approach. Authorities need to stop working in silos (tax authorities fighting black-market economy, law enforcement focusing on organized crime, FIU on money laundering and Ministry of Justice on corruption). Civil society actors like Transparency International Finland, RIOC and others should be further empowered to raise awareness and to suggest new policies and practices for the fight against corruption. Whole-of-society approach requires a shared understanding of the threat of corruption within the society. If a general assumption prevails that ‘there is no corruption in Finland’ – reinforced by the excellent rating of Finland in the annual Corruption Perception Index (CPI) – it is difficult to justify and push for further anti-corruption measures. When Government resources are limited, public opinion plays a major role in defining (or not) a phenomenon such as corruption as a problem that requires imminent action.

Just like it is extremely difficult step for an addict to admit having a problem with drugs or alcohol, it has been a long road for the Finns to admit that corruption is a problem within the society. Even Jari Aarnio is not characterized as a “corrupt cop” in general discourse but rather as as a bad apple in the barrel, whilst ignoring altogether the possibility of him being a symptom of wider structural corruption. He may be major criminal convicted of drug crimes and accused even of murder, but the word corruption is not used (unlike in similar cases of police corruption in other countries, even in Norway). When the Finnish news talk about financial crime investigations to suspicious schemes of Finnish businessmen, through which small scale investors are for instance losing millions of Euros, corruption allegations are not mentioned. The networks and fraudulent businesses fall in the baskets of fraud and financial crime (as described in the Finnish law which does not recognize corruption as such).

When the legal language shuns away from describing corruption and when news media largely avoids the word corruption, it is indeed difficult to admit that corruption might indeed be a problem within the society. A new draft of Anti-Corruption Strategy and Action Plan is being finalised under the guidance of the Ministry of Justice in Finland. When adopted, this will be the first anti-corruption strategy in Finland. Many say, “it is about time”.

In my Report 2 of the above-mentioned research project, Menetelmiä korruption kokonaisvaltaiseen seurantaan (Methods for comprehensive monitoring of corruption), I describe methods used to monitor corruption and methodologies for indicator selection. My report is meant to serve as food for thought for the Finnish authorities working on the first strategy and policy measures focusing specifically on corruption. I advocate for a comprehensive annual anti-corruption report to assess the situation regularly. This would also serve as a tool for awareness raising, as effective fight against corruption can only begin when the existence of the problem has been genuinely admitted within the wider society and not only among the converted experts.