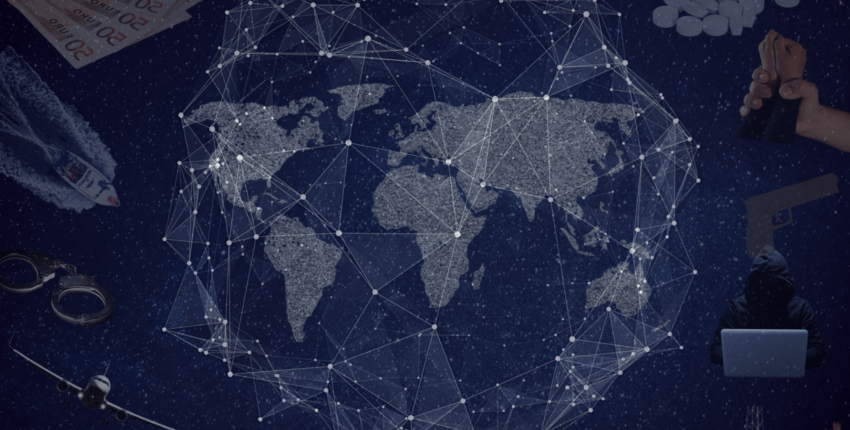 Transnational organized crime (TOC) is among the most serious and concerning issues in our interconnected 21st century. Globalization as an underlying multidimensional phenomenon is also contributing to the notable increase of TOC and the widening geographical areas of its strong presence, as well as the influence and amounts of organized crime groups (OCGs).

As noted by Europol, technological development is one of the major trends that the development and adaptation of OCGs follow. Technological development definitely has an influence not only on the development of the types of crime that OCGs are committing, but also on the tools that they are using, and increased interconnectivity, online trade, and the Internet of things only work as few of many examples of all these. This development is further seen, for example, in the estimations of the increased economic influence of OCGs and TOC. In the first decade of the 21st century the estimations of how much TOC was generating worldwide could be discussed in hundreds of billions of US dollars yearly, such as the estimated $870 billion or 1.5% of global gross domestic product (GDP) in 2009. Then, in the second decade those estimations were already in trillions of US dollars yearly and, for example, the estimated “value of organized crime was $2.6-$4.8 trillion, in 2015/2016, 7% of global GDP”. One can only guess what the real value of TOC might be now in the start of the third decade of this century.

As our globalized world continues to be more and more interconnected, and the worldwide threat of TOC continues to increase its influence, also the international community needs to act more cooperatively, determined, and informed than ever before. Regarding this work, the United Nations Convention against Transnational Organized Crime (UNTOC) in turn can be considered as one of the most covering and acknowledged international conventions and efforts to tackle the various worldwide issues related to TOC. As adopted in 2000, in 2020, the UNTOC had its 20 years anniversary, and the year 2021 brings the Convention and its protocols to their third decade in action. Multiple achievements and development have already been reached. The UNTOC has been providing more and more countries the better basis for giving and receiving mutual assistance in work and operations focusing on TOC, and at unprecedented levels, the researchers, politicians, law enforcement, and other officials across the borders are now able to use similar language when tackling this common global issue. Going into its third decade, the Convention still faces various old and new challenges that require urgent attention. Here are a few of the challenges that the UN and the international community face:

While the UNTOC indeed provides some of the most acknowledged and used definitions of OCGs (as defined in Article 2) and the transnational feature of organized crime (as defined in Article 3), these definitions are still not in use in all of the UN member states, the understandings of these concepts are also varying, and multiple conflicting definitions are remaining and becoming also simultaneously employed. This all is leading to various difficulties, already starting with the goals of integrated data collection and the estimations of the worldwide situation of OCGs and TOC. Also, while the amount of countries ratified the Convention and its three supplementary protocols has been increasing, the different protocols have significantly varying percentages of countries which have ratified them. In addition, and also very much concerningly, the different continents and regions of the world have even more significantly varying percentages of countries which have ratified all, some, or none (neither the Convention itself nor its protocols) of the components of the UNTOC. Therefore, the ratification status and coverage are highly uneven throughout the different world regions. Finally, both the data collection and the review mechanism for the UNTOC, as well as the research on factors preventing and helping countries in ratifying the Convention and its protocols are still all having a long way to be improved, evaluated, and developed further.

As these and many more challenges exist, a question to be asked is how the UN and the international community should direct their focus and next steps regarding the UNTOC and TOC.