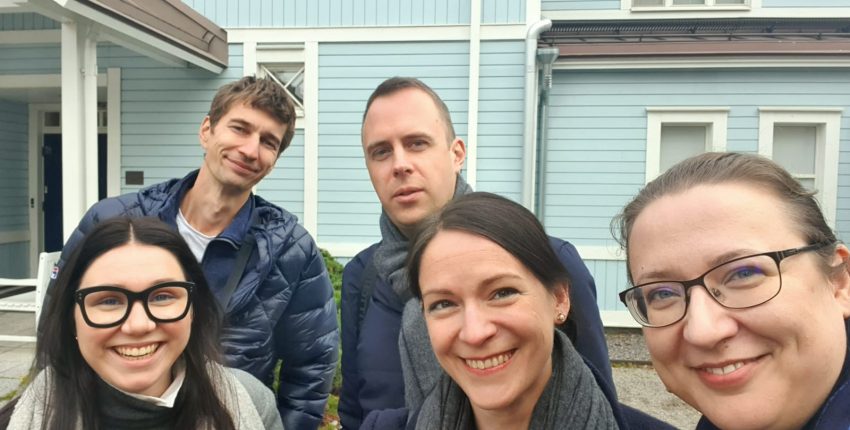 The first Board of the Association

Chairman of the Board

Dr Tanja Tamminen is an expert in Eastern and Southeastern Europe. Docteur en Science Politique from the Institut d’Etudes Politiques de Paris, she defended her doctoral thesis on the EU policies in the Balkans in 2009. She is Adjunct Professor at the University of Turku (Finland), specialising in European security questions and Research Fellow at the Leibniz-Institute for East and Southeast European Studies in Regensburg (IOS), Germany, where she previously led a research group on frozen conflicts. She has served three times in EU civilian crisis management missions: in the EU Advisory Mission in Ukraine (EUAM Ukraine) as the Head of the Planning, Coordination and Cooperation Department and in the EU Rule of Law Mission in Kosovo (EULEX Kosovo) as political adviser. She has also held expert positions in the Finnish Ministry for Foreign Affairs and in the Finnish Institute of International Affairs (UPI/FIIA). In the Finnish Police College University she analysed corruption in the Finnish context in a research project funded by the Finnish Government as well as focusing on linkages between organised and environmental crime. In addition to organised crime, Tamminen has published on a wide range of issues from EU’s Common Security and Defence Policy related matters to Balkan politics. Contact: tanja.tamminen(at)rioc.eu

Deputy Chairman of the Board

Noora Välimäki, MSc, currently holds a position with the Finnish Police College as a research assistant and has contributed to projects on surveillance and investigatory powers (Nordforsk) as well as corruption (Korsi). In addition she works as a Fraud Monitoring Consultant. Noora holds a Master of Social Sciences in International Security and Law and has successfully obtained a diploma in cyber security provided by Leiden University in partnership with Europol, the NATO Communication and Information Agency and the Dutch Defence Cyber Command. During her master’s she researched cybercrime prevention strategies for the Finnish National Bureau of Investigation. With her background as a BA in Criminology and work-life experience with police forces in Scotland and Finland, she has specialised in research on law enforcement and found a particular interest in social network theory.

Paulius Klikunas is a Lithuanian Police Officer who in addition to a degree in Law also holds a University Degree in Computer Sciences. He served over three years in the EU Advisory Mission in Ukraine, in summer 2019 leading the newly established Organised Crime Unit within the Rule of Law Component.

Attorney-at-Law Anna Simola has long-term experience working as criminal defence lawyer in Tampere. She has graduated in Law in Turku University (2004), and also holds Master of Arts degree in History (2002).

Sergii Rybchenko has a degree in Law and previously worked in the prosecution team at the EU Advisory Mission in Ukraine. Currently he works at the Council of Europe in Kyiv.